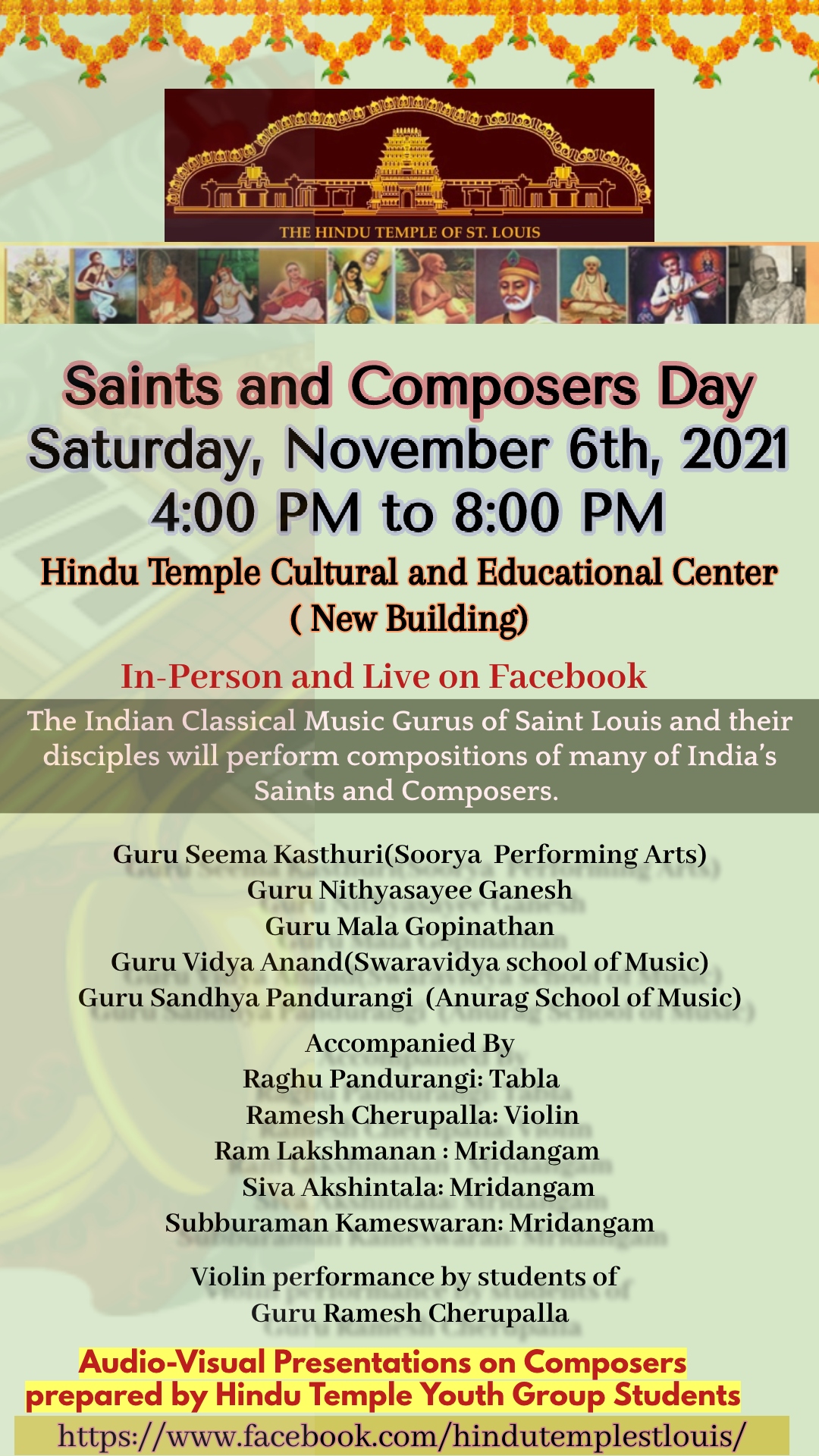 As part of the celebration, Kids and youth can participate in the recitation of slokas from select themes.

Guidelines for participation in the recitation

For any questions regarding this event, please contact Hari Kavuri (Chair, Cultural Committee) at hkavuri@gmail.com 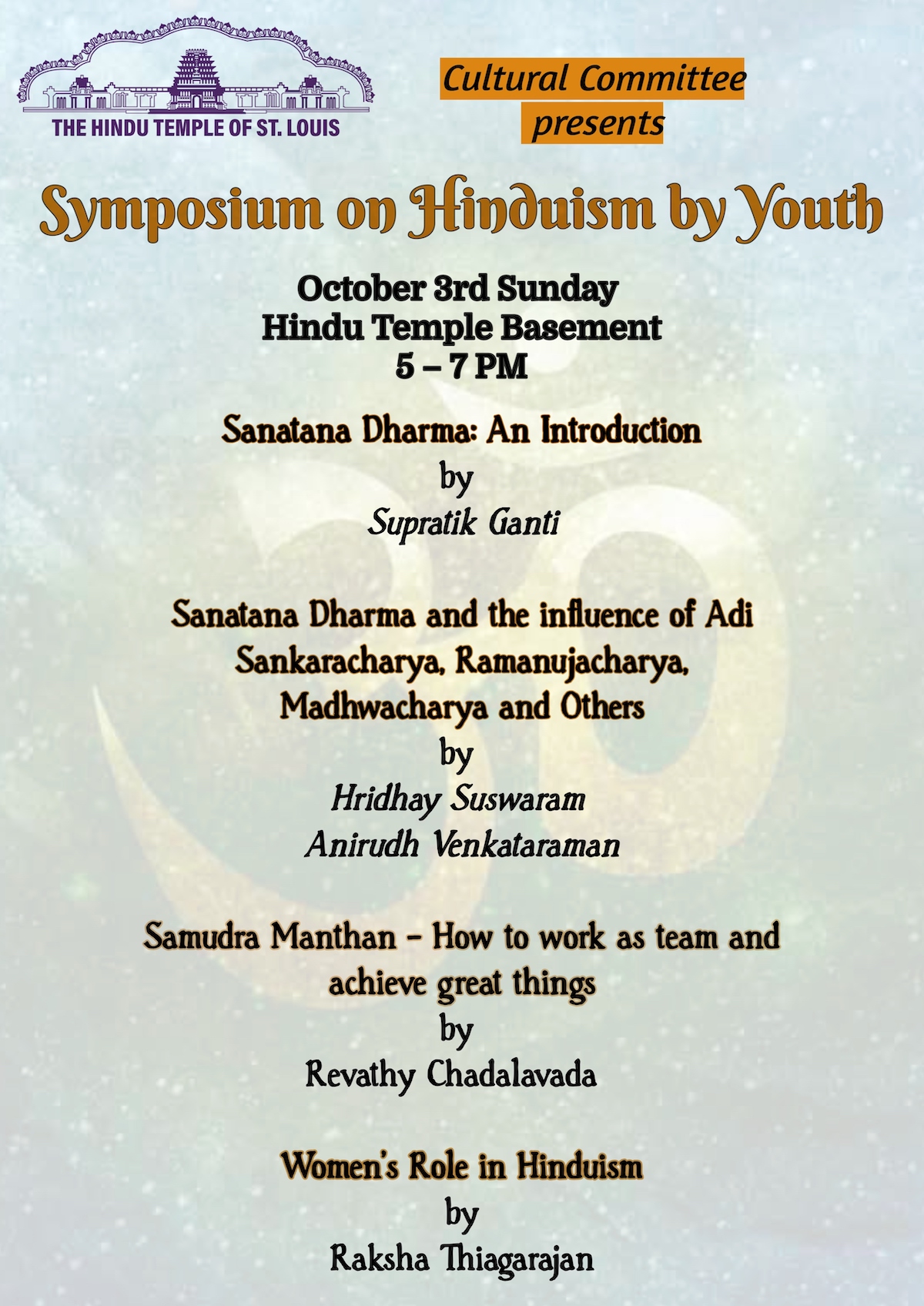 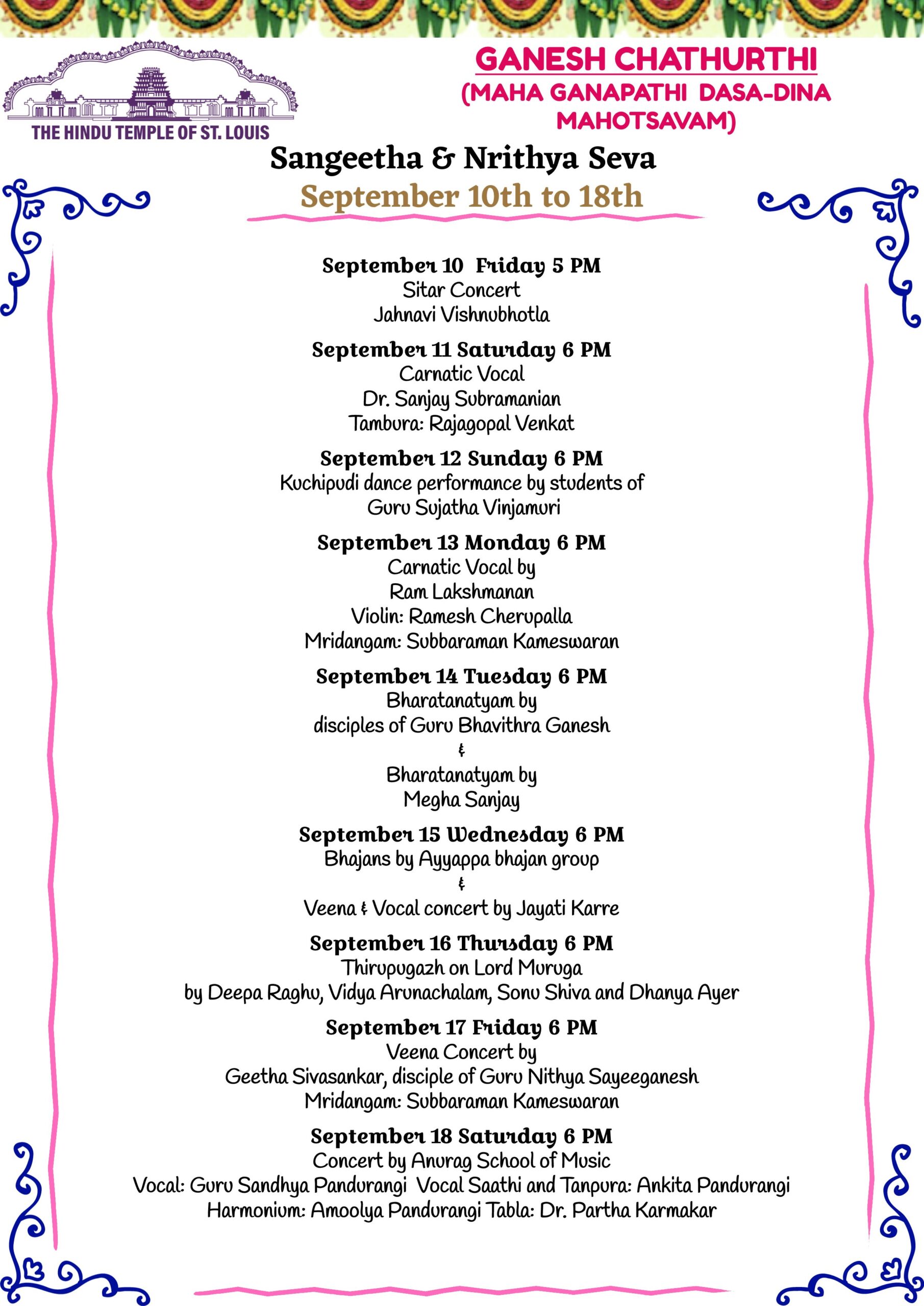 A program of talks by High/Middle school students

Organized by the Cultural Committee of

The Hindu Temple of St. Louis

Over several centuries, the Hindu Diaspora has kept its religious traditions alive and vibrant across the  world. Ritualistic worship and community activities at Hindu temples and centers have played a major  role in this regard. In addition, the practice of meditative and philosophical aspects of Hinduism has  also flourished by the practice of Vedanta, brought to the west by Swami Vivekananda and many who  followed him.