The priests at The Hindu Temple of St.Louis are well experienced in performing Archanas, Poojas, Homas, Alankaras, Abhishekams,  Kumbhabhishekams, Weddings and various Hindu rituals. They all speak  Telugu, Tamil, Hindi, Kannada and English. Their commitment to the authentic religious practices and the Hindu tradition of worship, has  earned them the respect, admiration, and the devotion of the Hindu  community in St.Louis and surrounding areas 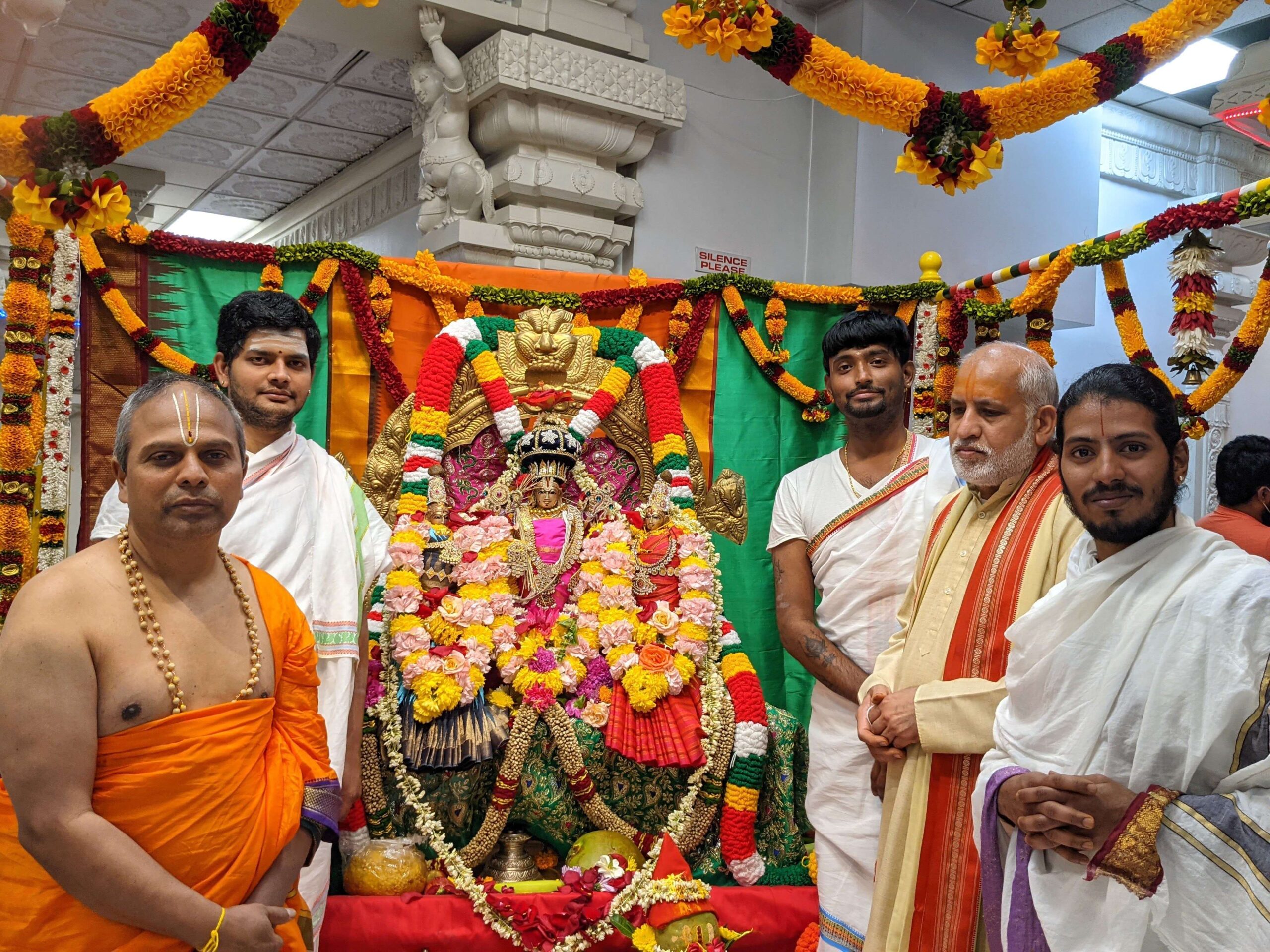 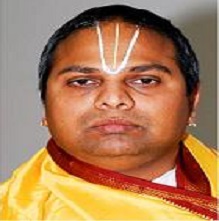 Priest Srinivasa Deevi has been working in the temple since 1995. Shri RAMESHWAR DAS SHASTRI was born in Rogla Sangrur in the Malwa region of the Northern India state of Punjab. He had his Sanskrit education at the University of Punjab, Patiala. In 1982, he graduated from the University of Chandigarh with a degree in the scriptures. He later gained deeper insight into the Puranas, Vedas, Dharmashastras, Karmakand and Astrology. Since 2001, he has been a priest at our temple. His wife’s name is Bainti Devi Shri VEDANTAM SIVASURAYA PRAKASH SHARMA was born in Vijayawada Krishna Lanka, Andhra Pradesh. He has given rigorous training by Brahmasri Piratla Ramavadhani for 5 years. He graduated from Sri Sankara Vidyalayam of Bapatal in Smartha Bhaga of Shodasa Karmas. He obtained extensive training in sanskrit and the Pooja procedures for over five years from Brahmasri Kasturi Raghava Ramachandra Sharma. He also go the training and served as priest in Vijayawada Chimaya mission and Sri Durga temple. He came to St. Louis in 2003. His wife’s name is Subba Lakshmi. 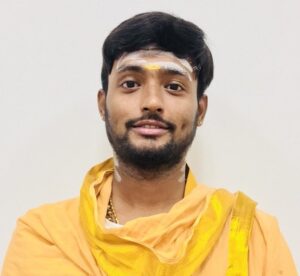 Priest Bharadhwaj, a Yagnika(Hindu Priest) hails from Newdelhi and Tamilnadu. Pandit Bharadhwaj Ji is well versed in Krishna Yajur Veda and Shaiva Agama & is qualified to perform several rituals and religious ceremonies in both temple and at home in accordance with HIndu traditions, Having participated in numerous religious seminars conducted all over India & Srilanka. Pandit Bharadhwaj ji has undergone formal Veda,Agama, Shastra & Sanskrit education from a reputed Veda Agama Shivagama Patashala, Kanchipuram.Priest Bharadhwaj is fluent in languages namely Tamil,English, Hindi , Malayalam & understands Telugu, Punjabi and Gujrati. Besides bringing with him a valuable skill of Performing Special Alankarams to deities at the temple, he also has the credit of conducting several agamic temple consecration ceremonies in India & Srilanka.

”My mission is to explain and interpret our religious values to our community youth in America”, says our Priest Bharadhwaj.

He is also a Yoga Practitioner for the last 6 years & did his Diploma in Yoga From Bharathiya Vidya Bhavan, Newdelhi and Advance Teacher Training Course in Yoga from The Yoga Institute, Mumbai.  He’s a speaker for youth in our community and a vegan. He also believes that, his expertise lies in holistic well-being. 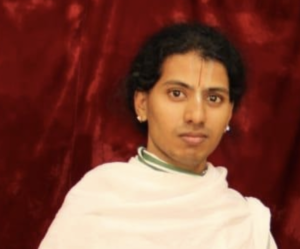 Shri  Sairam Sathyanarayanan was born in Therazendur, Myladuthurai District, Tamilnadu.  He studied Pancharata Agamam (Pratistantham), Dharma Sastra, Divya Prabandam from Sriman Bhattar Gurukulam in Srirangam.  After he graduated from Gurukulam, he worked in Adhi Varahar Temple in Kumakonam, then worked in SV Temple in Pittsburgh, PY, USA for 2 years.

Sairam attended and performed religious activities in Jairpur, Hyderabad, Rishikesh, Brindavan and NewDelhi before coming to USA.  He joined our temple in June 2021. 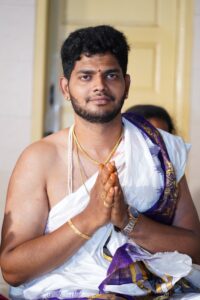